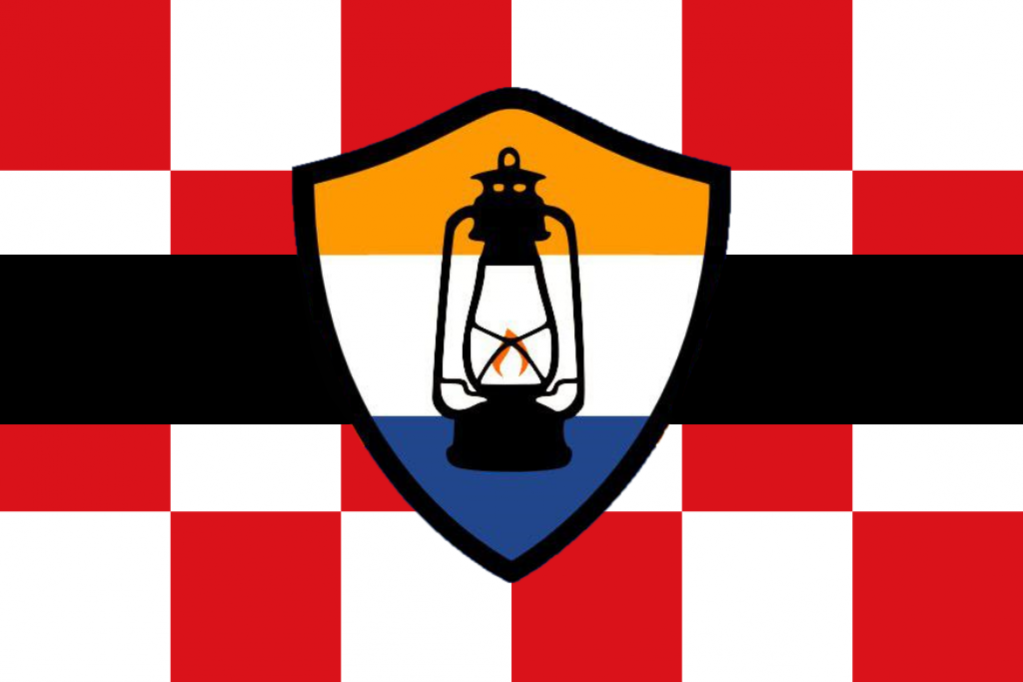 Not long after the creation of the branch in Overijssel, our Brabant members also decided to set up a branch together. This department is not only for people from the province of North-Brabant, but also for people from the provinces of Antwerp and Flemish Brabant. The flag chosen by Geuzenbond Brabant is based on two historic flags of Brabant. The pattern in the background was already used in the Middle Ages and is now the flag of the province of North-Brabant. The horizontal black line represents the black from the flag of the Duchy of Brabant. The Brabant department has chosen to use the slogan “Were di”.

''North Brabant is one-third of the Grand Duchy of Brabant, and together with Antwerp province and South Brabant it shares 700 years of history. A naturally border-crossing region, Brabant has many different faces. The Belgian revolution is based on the Brabantian identity and even today the colors of the duchy can still be found in the flag and the coat of arms of Belgium. Tradition and Catholicism characterize the Brabantian culture, together with the industrial capacity from before the Dutch Golden Age that made the whole of the southern Netherlands one of the most prosperous regions in Europe.

Our creed is "Were Di". This was the motto of the Duchy of Brabant for as long as it existed, from 1183 to 1795. Translated from Middle Dutch, it means "defend yourself" or, more freely interpreted; “be resillient”. The resilience of our culture and identity are essential to us. This is what unites us as a group and this is what led to the second branch of the Geuzenbond being established in North-Brabant as well as the other parts of Brabant.

Geuzenbond Brabant provides walks in the richly varied nature of Brabant, from the Kempenland to the Regte Heide and the Loonse and Drunense Duinen. Members who enjoy an adventurous introduction to their own local environment are more than welcome in our chapter.

Geuzenbond Brabant proudly speaks to the entire duchy and welcomes all people who, like us, want to work for the resilience of our regional and national identity."